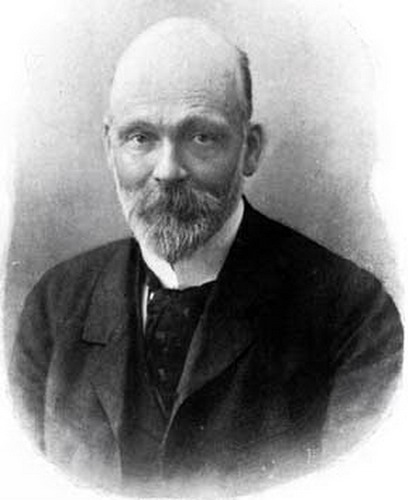 His talent presented itself very early. He was a student at the Technische Hochschule in Zurich from 1870, at the Munich Academy from 1872 and at the École des Beaux Arts, Paris, in 1873-75, where I. Pils was his master. The pictures of this period reflect the iinfleunce of the Barbizon school, especially that of Corot. He visited Szolnok in the autumn of 1877 where his pictures became airier and lighter as a result of Pettenkofen's influence. He visited Italy in 1878. He had a studio in Vienna in the early 1880s. After the death of his mother, he went to Nagyőr in 1883, where he lived secluded. From 1889 to 1892 he stayed in France and as a result of impressionism which he met there, an airy style appeared for the greyish-melancholic style. In 1892 he prepared landscape sketches for Feszty's cyclorama in Máramarossziget.

He was in Paris from the summer of 1896 until the autumn of 1897. He visited Galicia in 1900, Adria in 1901 and worked in Vienna for four years. The pictures of this era are characterized by dark colours and strong contrasts of light and shadow which became lighter around 1909 only. After 1905-1911 when he lived in Budapest, he returned to Vienna. He was in Budapest when World War I broke out. He was in Galicia, Serbia and South-Tirol as a war-drawer. His shocking war experiences in Serbia are reflected in a number of his pictures and sketches enriching his art with a humanist message. Beside his landscapes, another major group of his arts is represented by his outlaw pictures, forerunners of his soldier pictures. He was one of the greatest critical realist painters.