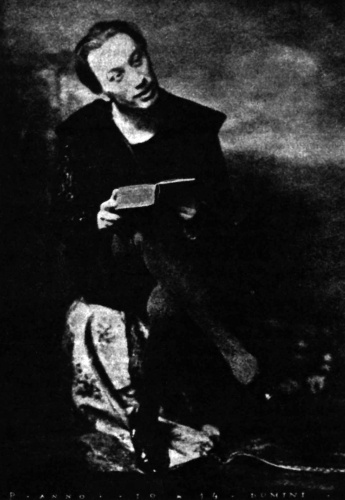 He began his studies in Budapest but in fact he learnt on his own. He studied in Rome, Florence and Paris in 1902. He visited Italy several times and painted the medieval and renaissance atmosphere of Italian towns. His works were poetic manifestations of a dreamworld ("The Song of a Rose Tree", "A Florence Tragedy", etc.). When the First World War began, he suffered a nervous break-down in Venice and from that time on he was treated in psychiatric sanatoriums on several occasions of which he became a resident from 1917 until his death. He painted surrealistic pictures of people living in Naconxipan, a dream world, with delicate colours ("Dream of an Opium Eater", "Chevalier aux Roses"). Losing his eyesight in 1924 put an end to painting. He painted pictures which were Hungarian versions of pre-raffaelitism combined with surrealism.