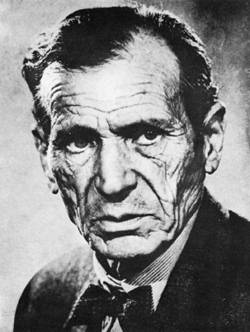 He was one of the most original painters of Hungarian modern painting. Egry, who was a son of day labourer parents, took up painting at János Korcsek, and studied in Munich later. He travelled to Paris to study modern painting. On his return to Hungary, he was a pupil of Károly Ferenczy and Pál Szinyei Merse at the Art School in 1906-1908. He won a state fellowship with the picture "In Front of an Asylum" in 1907. After military service, he lived at Lake Balaton from 1918 and painted the lake in a lot of versions in Keszthely, Badacsony and Badacsonytomaj. He visited Sicily in 1930 ("Isola", "In the Mountains of Taormina"). His dramatic pictures combining plein air and constructivism show that he was in search of new styles in his early period. After his journey to Belgium, he painted pictures of workers which reflect Meunier's impact. From the 1920s onwards, his exclusive subject matter was Lake Balaton. First, his style was expressionistic, then he created a style of his own. He painted pictures with a special technique (oil pastells) to integrate man and nature ("Poor Fishermen", "Echo", "Trimming Sails"). Among his works there are many self-portraits.