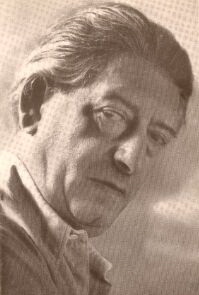 In 1904, he was a pupil of Tivadar Zemplényi for a short time, then he went on with his studies in Paris, where he was particularly influenced by Cézanne's art. His main interests were expressionism and cubism ("Scene", 1913). His most important work of this period is the portrait of Bartók (1913). He took part in the art life of the Hungarian Soviet Republic, and he was the leader of the department for painting in the Art Directorate. His poster, "Stand to!" became one of the symbols of the revolution. After 1919, he emmigrated to Berlin, which he left for his country in 1926. He worked in Zebegény from 1934. From the 1930s onwards he turned towards the Nagybánya traditions. He was awarded with the Szinnyei prize in 1936. His workshop was destroyed together with many of his works in 1945. He became a teacher of the Art School.