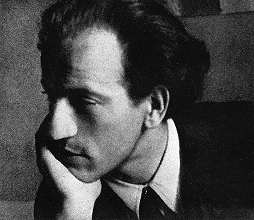 Painter. He was a student of István Csók at the Art School in 1927-30, then studied together with Dezső Korniss at Léger in Paris in 1930-34 where he met cubism and surrealism. From 1934 onwards, he collected folk art motifs in Szentendre and Szigetmonostor. In his style, folk art was combined with abstract and surrealistic elements. In his pictures he expressed his apocalyptic reactions to fascism. He died of tuberculosis in 1941. His works are the most individual products of Hungarian avantgarde painting uniting racionalism of compositions with surrealistic visions.