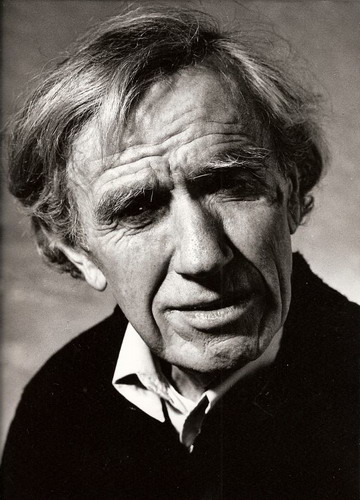 Tóth studied at the Fine Arts College of Budapest between 1930 and 1935, his masters were János Vaszary, István Réti and László Kandó. He was a regular member of the Colony of Artists in Tokaj, and the group of painters in Baja; one of the founding members of the creative camp of Hajós. In 1973, he received the István Nagy Award, in 1976 Hungary’s Meritorious Artist Award, in 1990 he was awarded a Posthumous Kossuth Prize. Tóth spent his childhood years in Miske, Hungary, where he returned following the completion of his studies.

Between 1945 and 1958 he made his living from agricultural work and house painting. Although he continued painting his works were not exhibited until 1964. His works were produced in the spirit of the village, and found their true residence in nature. He fused the cognitive and emotional experience of the village dwellers with his own personal understanding, utilizing the consciousness of the artist, and the tools and instruments of modern art. His works, being unattached to any specific teaching or style, were able to disregard the rules of the painting trends of his time, and display affinity with the perfection seeking, nature oriented, cosmic world concept of naive painters and primitive art of his time. He was an instinctive artist, who concentrated on the commission of the work of art, which lead him from a detailed naturalistic mode of portraying reality, through the simplification of stylized forms, towards abstraction. His painting ideal was the round form, encompassing within itself the sense of completeness, and an instinctive painting style filled with a strong ethical charge.

The period of his career ranging from 1930 to 1945 was permeated greatly by allegoric portrayal. Through his experimentation with cubism, during his college years, he attempted to portray the inner-order of forms, through their geometric sectioning and division. Serpentine line diagrams and golden yellow colors dominated his decorative, calligraphic drawings. His early works are characterized by the folkloristic ornamentation typical of the region of Kalocsa, by the conventionalized fantasy and dream world of surrealism, and the line technique of secessionism.

The themes of his epic paintings are rooted in the everyday life of the village, and the everyday tasks encompassed by them, like the naive fairytale world, the unity of contrasts, the struggle between good and bad, and the cycle of life. His expressive-realist skull series is initiative of the mature style he developed later on. His figures are in many cases grotesque, with wounded eyes, bird-like heads, recalling the beliefs, superstitions and old fears of the village dwellers. His ironic concept of the human form is marked also by the fact that Menyhért places himself into his pictures. The outer characteristics of his shattered body may be observed in the human figures in his paintings; his eye was infected by phthisis, one of his legs froze when he was a painter apprentice. Among his themes are animals with human characteristics (with human faces, humanoid fish, he even depicts trees as resembling humans), still life pieces, and works consisting of solely one or two forms. (Parasztok, (1971) /Peasants/, Afrika (1972) /Africa/) He depicts living creatures and inanimate objects in organic unity with one another, thus signaling not only a unified zest for life, but also a sense of fear and drama (Veszély (1972) /Danger/).

His so-called "white" period is a synthesis of his entire work, a sort of reform of painting itself. His lines become less and less expressive, serving merely indicative purposes, and move more and more towards a single white color. From the 1960's onwards he primed the majority of his paintings white, onto which motifs of pink, ocher, and broken gray were added. During the 1970's the priming was changed to more vivid colors. He added onto the coats of paint taken to the canvas with knife and at times veil-like, while in other cases uneven and rough gray-scale white. He reworked a number of his previously finished works in this layered intermittent manner, and in many instances also prepared their white versions. The expression mode of the ancient and folkloristic was combined, in his works, with the achievements of modern European painting: he revealed a new method of formal and contextual abstraction by depicting the inner and outer states of village life.