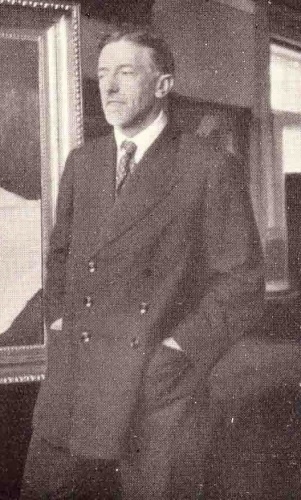 It was not before completing his law studies and graduating from the College of Economy that Ferenczy took up painting, primarily as a result of his future wife's influence. After travelling in Italy, he began studying at the Julian Academy in Paris in 1887. In 1889 be moved to Szentendre, a small town near Budapest, and painted in naturalistic style showing the influence of Bastien-Lepage. Between 1893 and 1896 he lived in Munich with his family: There he joined the circle of Simon Hollósy: with whom he moved to Nagybánya in 1896 and became the leading figure of the artist colony established in that small Transylvanian town. Of the Nagybánya painters representing plein-air painting, he was the first to have great success in 1903, when his paintings were exhibited in Budapest. After 1906 he moved to Budapest and became a professor a the School of Drawing the predecessor of the College of Fine Arts, spending only the summers at Nagybánya. During his last creative period he mostly painted decorative pictures of nudes.