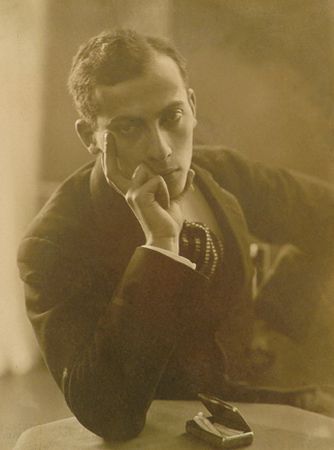 Son of the painter Gyula Basch. He was a student of Tivadar Zemplényi and later of J. P. Laurens at the Paris Julian Academy. After that he studied at Matisse's private school for a year. Between 1907 and 1910 as well as in 1912 he worked under Károly Ferency's guidance in Nagybánya (Baia-Mare, Romania). After the war he lived permanently in Paris for a while. He was a founding member of Szinnyei Society. The first collective exhibition organised in the Ernst Museum in 1919 was followed by a number of other exhibitions: Amsterdam, 1921; Helsingfors and Stockholm, 1922; Paris and Zurich, 1931. His works characteristically represent a combination of impressionist and academic painting tendencies (Ferenc Hatvany's Atelier, 1935; Still-life with Collars; Self-portrait, 1944). When the German troops invaded Hungary, he committed suicide. His memorial exhibition was organised in Hungarian National Gallery.